MORE EMAIL FROM “THE BASE”

I am a pritty inteligent Trump supporter – “make America grate again” – and I would really like to know why it is such a terrible thing for our grate President to make a tweet dig at someone like this nutjob Gretta Thunberg. Ooh, they say, how could he do that to someone whose on “The Spectrum”? Hey, so she’s on The Spectrum – whoop de doo – so what? I’m on The Spectrum too. I was  on the Dish TV but the little lady convinced me to switch to The Spectrum. it’s the same amount of channels and it’s less money. So sue me! Go head and dig at me on the twitter. I’ll shout it from the rooftops hey – I’m on The Spectrum! So make fun of me – what do I care? I am sick and tired of all these PC libaral idiots making a big deal out of nothing. Now you can’t even make fun of someone’s choice of cable carriers? Yeah, so she’s on The Spectrum…I guess Mr. Trump has had a bad experience with his reception on The Spectrum and he switched to the DirecTV. Or the Comcast. Or the Cox…whatever. Who cares? 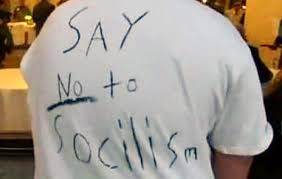 As a righteous Evangelical Christain I will pray for all the peoples who think crazy stuff such as like that making fun of someone because of the way they watch the TV is off-limits. I am prouwd to say that I am on The Spectrum and I did not feel disrespected at all because Mr Trump said what he said to that annoying girl. And all of us who watch TV on The Spectrum love our President.

Tony Powers is a writer/actor/musician. His full bio may be seen by clicking on the picture, and then clicking on either of the 2 boxes below it.
View all posts by barkinginthedark »
« STOP SPEAKING LATIN! PLEASE!
THE LAND OF THE STUPID – AND WHAT’S TO BE DONE ABOUT IT »

5 thoughts on “MORE EMAIL FROM “THE BASE””