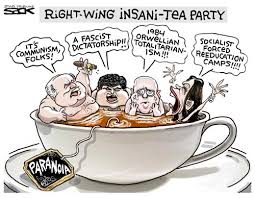 House Tea Party Republicans were unanimous in their accusation that Hillary Rodham Clinton was primarily responsible for the Japanese attack on Pearl Harbor on December 7th 1941.

Said Republican Tea Party Caucus member Congressman Arlo C. Throop of Sheep Dip, Montana; “she never said a word about this terrible thing happening…nothing. And, I and my colleagues are going to investigate and get to the very bottom of why this woman never uttered a single solitary word prior to this terrible attack on our beloved country…an attack that killed many of our boys in Pearl Harbor and sank a good portion of our Pacific fleet. This is an outrage that demands a full and thorough investigation. And, mind you, she still has yet to tell the American people what she did that fateful morning.

This woman has stonewalled us in every investigation we have held on her pretty much for everything she’s ever done in her entire waking existence every single second, minute and hour of her entire waking life and we are sick and tired of her escaping without a single penalty or mark against her.

Take for example this Benghazi tragedy; Hillary Clinton was the Secretary of State and it was her State Department that cut security in Libya. And I wouldn’t put too much stock in this so-called “fact” that the State Department’s former point man on security in Libya told the House Oversight Committee that he asked for additional security help for the Benghazi facility months before the attack, but was denied? What has that got to do with anything? Why, even as a 27 year old staff attorney for the House Judiciary Committee during the Watergate investigation, Hillary Rodham was fired by her supervisor, lifelong Democrat Jerry Zeifman. And, we maintain that it does not matter that in 1998, Zeifman was quoted in a Scripps Howard News Service article as unambiguously confirming that not only did he not “fire” Hillary, but that it was not even within his power to do so. And, who even cares that the Washington Post’s reviewer found that much of Zeifman’s book was mere repetition of speculation with little or no evidence to substantiate it? We certainly don’t!

But now, Hillary Clinton’s connection to this terrible Pearl Harbor attack is a way more serious matter. What did she know and when did she know it? These important questions are now before my committee and we intend to get to the bottom of this because this is far too serious a matter to leave go without a thorough and protracted investigation.

We know she speaks Japanese because one of our members once heard her ordering uni in a sushi restaurant. And, as far as we can tell, no one saw her on that fateful morning or on any of the days leading up to the attack, and no one saw her on any of the subsequent days following the attack. Now, you would have to agree that any sane person could and should find this highly suspect.

We intend to get her up before our committee and question her fully on this most serious matter – even if it interferes with her campaign for President of our great country. This is a matter of our country’s security and in this none of us on this most important committee will shirk his or her duty. Actually, since there are no women on my committee, it’s mostly his. Duty

Please understand that this issue is in no way political. I can swear on The Bible that we have no ulterior motives in this matter – other than the maintenance of the continuing and ongoing security of our beloved country. In this, we shall be vigilant and doggedly determined in our pursuit of the truth of this horrific event in our history and Hillary Clinton’s part – major part mind you – in it.

Hillary Clinton has been getting away with murder lo these many years and we in The Republican Party think that, at last, we have the ability, via this matter of the terrible carnage at Pearl Harbor, to make the case against her. We know for a fact that she was instrumental in bringing this disaster at Pearl Harbor about and we are eager to prosecute this case against her no matter how long it may drag on.

Again, I should like to reiterate that this is in no way political. Tony Powers is a writer/actor/musician. His full bio may be seen by clicking on the picture, and then clicking on either of the 2 boxes below it.
View all posts by barkinginthedark »
« TRUMP’S OUR MAN SAYS THE KU KLUX KLAN
SAINT RONNIE OF TAMPICO, WHO BEGAT W. – AND GROVER – AND RUSH – AND SARAH – AND MICHELE – AND TED – AND (GASP) DONALD… »