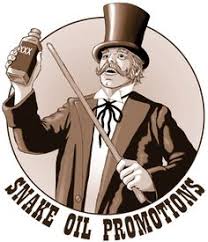 This is the word plucked from the “new” cyberlingo by some shrewd advertising people that allows all manner of drug companies, insurance companies, con men, politicians – and anybody else who wants to sell us something – to lie and be legally unaccountable for their lie. It is the word that allows them to make outlandish untrue statements as to the bone fides of whatever it is they are claiming. It is the word currently most prized by lying scumbags everywhere in the world. The newest go-to word for charlatans the world over seeking to make misleading claims about whatever it is they are flogging to the general public.

It is my considered opinion that anyone who believes anything that contains the word “virtually” – or its sibling “virtual”- deserves to be either conned, disappointed, or just plain royally ripped off.

When I was a kid there was no “virtually.” A thing either was or it wasn’t – “virtually” never entered into the discussion.  Imagine; “hey man…you’re virtually an asshole!  Or: Ahh…you know what – you’re a virtual schmuck!”

The usage of this word and its sibling is further proof that we, as a citizenry, have become so dumbed down that we cannot even recognize when we are being lied to. I would go out of my way to steer clear of anything containing this word in its claim. The usage of this word “virtually” is, to me, such an insult, such an affront, such a complete dismissal of my ability to discern bullshit when it is being thrown at me that hearing it actually engenders in me a great anger.

Which brings us now to that most idiotic of oxymorons, accent on morons – “virtual reality.” Take a moment and think about this term – I’ll wait.

Have you given this term some thought?

And, too often, it involves some mind-numbing “game”  of killing and destruction guaranteeing the further erosion of already less-than-bright adolescent brains.

Tony Powers is a writer/actor/musician. His full bio may be seen by clicking on the picture, and then clicking on either of the 2 boxes below it.
View all posts by barkinginthedark »
« THE BALLAD OF TED CRUZ
ANTONIN SCALIA SCHOOL OF LAW »