//
you're reading...
Opinion, poem of a sort, Presidential Politics, writing

The Ballad of “Social Issues” And “Socialism” From the Conservative Point of View or: That Bernie is a Commie Pinko But, We’ll Take The Bail-Out

“Genuine equality means not treating everyone the same, but attending equally to everyone’s different needs.”
― Terry Eagleton, Why Marx Was Right

Providing equal aid to all is “Socialism’s” seed

We need this money now for the invasions we have planned

That bridge has stood a hundred years – your wife, and kids, and truck’ll,

The news is good – your child qualifies for this procedure

And we’ll accept your house in payment for the anesthesia

But the doctor that you wanted lost his license yesterday

The Family Research Council just found out that he was gay

Excuse me – but who’s keeping you from begging on the street?

But they are “job creators” and you? Well, we think not

A license to destroy our electoral process – and to steal

You’re screaming that the money put in politics is bad

You protest that our money could be put to better use

Like infra-structure, schooling – but that’s playing fast and loose

With our free-market system – a Capitalist sin

You spread the wealth and G-d forbid, “Socialism,” will creep in

(But bail-outs for the banks and corporations – that’s okay)

Again, the rich create the jobs – that’s always been the way

We must be ever vigilant against the likes of Marx

The Corporation matters now – not healthcare, schools, or parks

‘N it matters too rich congressmen be comfy as can be

As they attempt to rid us of Social(ist) Security

‘Cause, in suffering we find the strength to scale the highest peak

And The New Deal was a “Socialistic” plot by F.D.R.

A plot that all Republicans called “commie” and “bizarre”

A plot concocted by some “Socialistic” minded slobs

(Which re-built our infra-structure while creating tons of jobs)

Which gave us roads, and bridges, schools, and dams, mass transit too

And used our money on ourselves while Republicans jeered “boo” 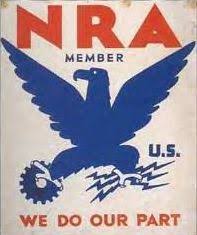 “If we can do it on our own, you too can help yourself”

And you, whatever you  have has to go undiagnosed

A “legacy” scholarship – that’s the thing for you

But entitlements for poor folk? Why that’s just too unhealthy And to level out the field? Why, that’s a Socialistic plot!

Tony Powers is a writer/actor/musician. His full bio may be seen by clicking on the picture, and then clicking on either of the 2 boxes below it.
View all posts by barkinginthedark »
« ANTONIN SCALIA SCHOOL OF LAW
LUCIFER OUTRAGED BY REMARK OF JOHN BOEHNER »

4 thoughts on “The Ballad of “Social Issues” And “Socialism” From the Conservative Point of View or: That Bernie is a Commie Pinko But, We’ll Take The Bail-Out”