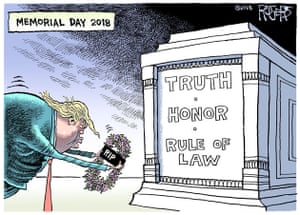 Whenever I see and hear these apologists for Trump on TV saying things like, well, I think the President is giving a lot of thought to this crisis…Or; I don’t know whether or not so-and-so will be able to carry out the President’s agenda etc, etc, as I am screaming profanities I want to put my fist through the screen. The only thing that’s ever been on this creep’s mind is how can I get over? And please, please stop using the word “collusion,” The appropriate word is conspiracy.

By now we should all be aware of what we who reside here in Manhattan have known for decades; Donald Trump is a cheap grifter. A con-man playing the long con. A liar whose extent to shine shit even compelled him to lie about the obvious height of Trump Tower! By ten stories! He could not help himself because by nature he is a liar. And a traitor. And a tax cheat. And a loan defaulter. And an employer who doesn’t pay his workers. And a serial womanizer. And a…the list of defects in Trump’s character – or lack thereof – is endless. 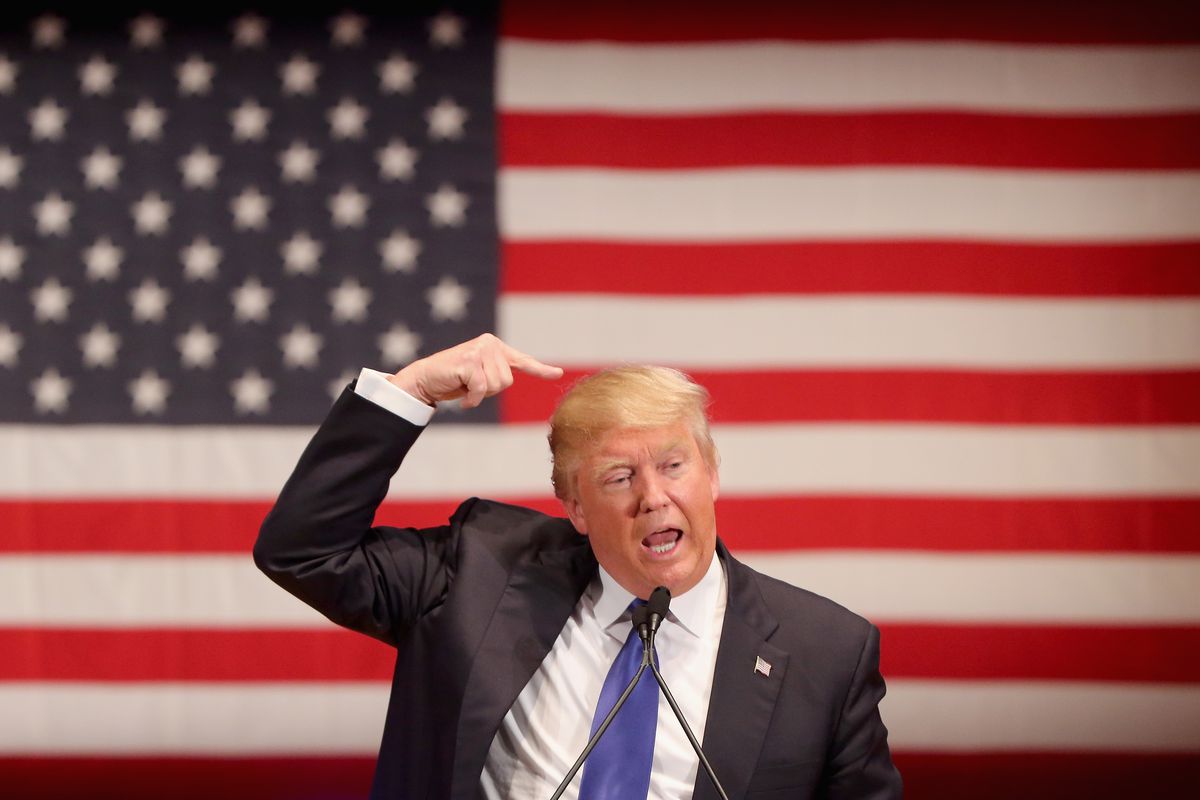 I love food. Anyone who knows me can tell you what the most important part of my day is. If I could never eat dinner again you could take me out behind my building and shoot me. You would be doing me a great favor. Not only do I love to eat, I love to cook. It is my meditation. And I also enjoy shopping for what I will be cooking as well as the prepping of whatever it is I will be making. So…if I tell you that I would be willing to bet my upper bridge on something, the bridge that allows me to dig in to whatever wonderful dish is set before me, allows me to savor whatever is on that plate, I think you can be certain that I am certain that the bet I am about to propose a bit further down is what is known as a sure thing. This is a person who could also correctly be called a white supremacist – wait, decide for yourself – in 1989 he took out a full page ad calling for the execution of the Central Park Five. They were five black and Hispanic teens who were arrested and charged in a sexual assault that shocked New York City. They were mistakenly accused of and subsequently exonerated when the perpetrator confessed. And yet even after they were exonerated and awarded a $41 million settlement from the city in 2014, Trump defiantly refused to back away from the substance of his divisive ad. He has called African countries “shithole countries.” He is quoted as saying; “Black guys counting my money! I hate it. The only kind of people I want counting my money are short guys that wear yarmulkes every day. Those are the kind of people I want counting my money. Nobody else.” He said of Charlottesville; “I think there is blame on both sides… You had a group on one side that was bad. You had a group on the other side that was also very violent. Nobody wants to say that. I’ll say it right now.” So, among his myriad shortcomings, add racist.

Now, a front page story in today’s New York Times traces the facts of what has been suspected about the Trump family business for years; they are criminally libel rent gougers. They have overcharged the striver working class tenants of their vast Brooklyn, Queens, and Staten Island real estate empire to the tune of 33 million dollars in illegal rent increases – and counting – over the last 40 years. The increases were, and are, based on false and/or padded repair bills from phony companies they formed for this express purpose.

Besides all his other provable crimes, Donald Trump has been in bed with both the New York mob and the Russian mob, and that the Feds can prove it. Oh, did I mention the flaunting of the emoluments law? And the latest…the inauguration skim? And, if they had to, New York can prove any of this as well. New York, however, will concentrate more on his money-laundering, local mob connections, and tax fraud. With all of this I look forward to the day Trump will be out of office and open to indictment. I am willing to bet my teeth, the very teeth that allows me to enjoy what I love most that he will be convicted. His children will deservedly be indicted and convicted. This will happen because by now it is also a good bet that practically everyone in the Justice Department, everyone in Washington D.C. – except for his treasonous Republican enablers in Congress – and everyone in the New York DA’s office, can’t stand him or them. 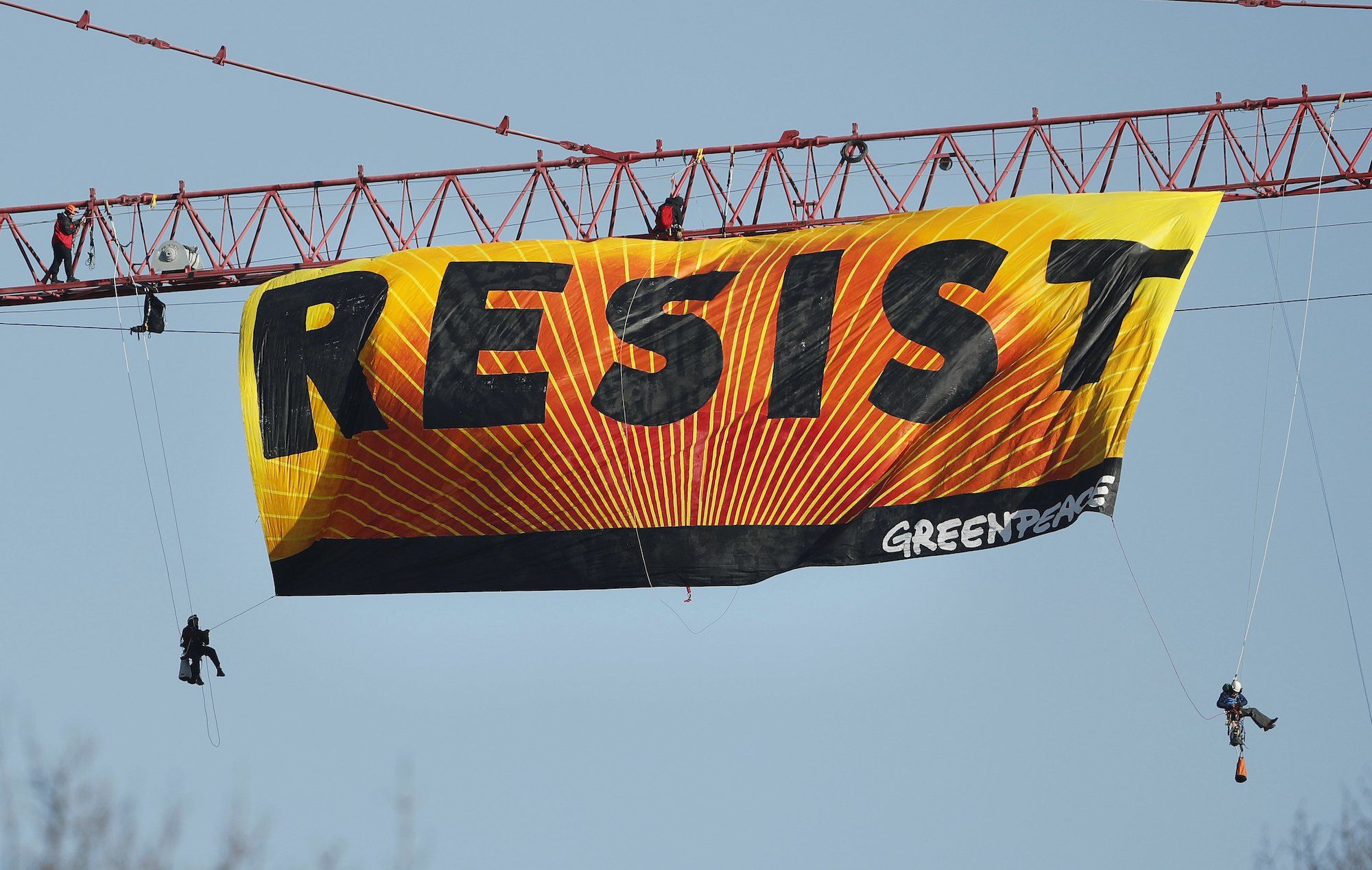 Hanging near the White House.

And I hope he does drop the soap.

Tony Powers is a writer/actor/musician. His full bio may be seen by clicking on the picture, and then clicking on either of the 2 boxes below it.
View all posts by barkinginthedark »
« NOW MORE THAN EVER; OFF WITH THEIR HEADS!
DOES ANYONE SEE THE SURREAL IRONY HERE? »