THE MIND-BOGGLING MIND(lessness) OF A CONSERVATIVE

IF YOU HAVEN’T ALREADY SEEN THIS, OR IF YOU THOUGHT THAT REPUBLICAN CONGRESSMAN FROM GEORGIA  WAS AN IDIOT, WHAT FOLLOWS IS THE MT. EVEREST OF MORONIC.

This is a brain shattering example of utter tone-deaf ignorance on so many levels it is difficult to explain. I have put in bold red the most out-to-lunch part of Ms. Kruta’s report. Why would a Conservative website think for a second that this is anything to be proud of? To espouse? You read it and you tell me if you can explain it. This is an actual article. It’s link is below it. Here it is:

I’m A Conservative, And I Went To An Alexandria Ocasio-Cortez Rally

On Saturday evening, Democratic congressional candidate Cori Bush held a rally in celebration of her birthday. Bush, who is running in the Aug. 7 primary against seven-term incumbent William “Lacy” Clay Jr. in Missouri’s First Congressional District (St. Louis), brought in some star power for the event: Democratic socialist and Bronx native Alexandria Ocasio-Cortez.

Over the years, I have attended my share of political events: tea party protests, a Rick Perry speech on tax cuts, a Ted Cruz rally, and even a speech given by President Donald Trump earlier this year. But nothing prepared me for the stark difference in tone.

Bush’s rally packed a few hundred friends and activists into a bar called the Ready Room in St. Louis, and almost from the moment I walked through the door, I was surrounded by a group of women who were discussing over drinks the reasons they had gotten involved in politics — the two things they all had in common were anger and fear. One even said, “I just couldn’t stand being angry and afraid all the time.”

As the rally kicked off, a series of invited guests took the stage, each sharing the reasons that they supported Bush. Several mentioned the Ferguson protests — which began after police officer Darren Wilson shot Michael Brown on Aug. 9, 2014 — and recalled being tear-gassed and arrested alongside Bush.

Others invoked the “Israeli occupation of Palestine” while still others told stories of “woke” grandchildren who asked over pancakes whether ICE was going to come and arrest them.

One even praised the strength and dedication of convicted cop-killer Assata Shakur — while Ocasio-Cortez (who was waiting in the wings) and Bush nodded along.

But then Ocasio-Cortez spoke, followed by Bush, and I saw something truly terrifying. I saw just how easy it would be, were I less involved and less certain of our nation’s founding and its history, to fall for the populist lines they were shouting from that stage.

Bush, after saying her piece, noted that she had been careful to allow speakers from across all demographics to make it clear that she was not running to represent just one particular group, but all. 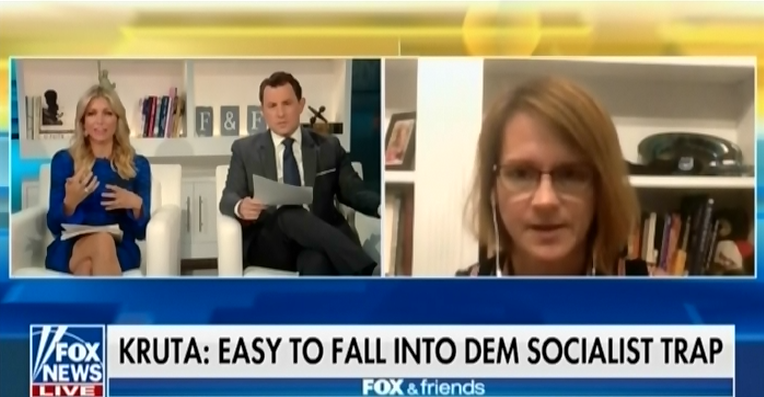 Here’s the link to the above article;
http://dailycaller.com/2018/07/23/conservative-alexandria-ocasio-cortez-rally/
THESE PEOPLE ARE TRULY STUPID AND TRULY DANGEROUS.

Tony Powers is a writer/actor/musician. His full bio may be seen by clicking on the picture, and then clicking on either of the 2 boxes below it.
View all posts by barkinginthedark »
« AN EXCERPT FROM THE UPCOMING ROMANCE NOVEL “OH VLAD, MORE K-Y. SPASIBO”
THE BEST, AND ONLY, SOLUTION TO TRUMP AND THE REPUBLICAN PARTY »

8 thoughts on “THE MIND-BOGGLING MIND(lessness) OF A CONSERVATIVE”