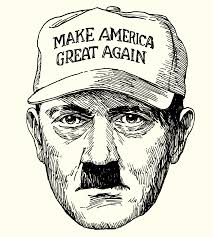 Exalting one nation above all others and placing primary emphasis on promotion of its culture and interests as opposed to those of other nations or supranational groups.

So now, on top of the grotesque lies spewing from the gob of this amoral person which grow more outlandishly implausible with every passing hour of every passing day, this sad excuse for a human has decided in his tiny lizard brain that it is time, short of donning a swastika, to play the single most divisive hateful card in his tiny pink hand.

Now, each and every fear-filled inferiority complex addled white supremacist in this country can finally stand and proudly scream that which they have longed to scream; “heil Donald.” Now, all the closeted hate-filled bigots behind lovely white picket fences and those fear-filled cretins who tsk tsk as they peek disapprovingly from behind their curtains at those they believe they are superior to have been granted permission from this monster to suddenly creep out into the light. These mindless oafs who have been polluting our country’s discourse, its morals, its civility, its very existence, have now been emboldened by a third-rate grifter to double down on destruction.

Now, this lout who says and does another more terrifying thing every day has, in a sense, declared that “nationalism” shall be the new religion of his unwashed masses.

From here it is a short step to Fascism. Bring on the swastikas. 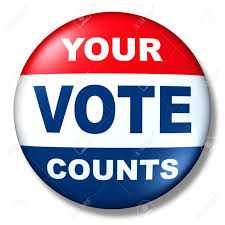 Tony Powers is a writer/actor/musician. His full bio may be seen by clicking on the picture, and then clicking on either of the 2 boxes below it.
View all posts by barkinginthedark »
« THE ART OF THE “VAMP”
LETTER FROM AN INFORMED TRUMP SUPPORTER »