Dateline New York, August 10, 2019,  The cream – as Anthony Bourdain so eloquently put it – of “International douche-iness,” in this case, the American branch, came together Friday at the  Sandcastle Mansion in Bridgehampton N.Y. to raise money for Donald J. Trump. The event was hosted by Equinox and Soul Cycle owner Stephen Ross. It was a sunny day and, as Trump joked with Ross about how divided the nation is, many in the crowd had to be evacuated by ambulance to the local hospital because of retinal damage caused by the reflective glare of pastels. They were, however, encouraged by the events co-chairs to make out their checks as they were carried out on stretchers, having been struck down with what long-time Hamptonians refer to as “pastel shock.” 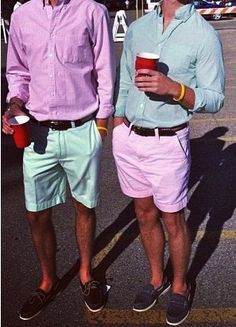 Medical helicopters also were on hand to evacuate many in the crowd to private hospitals in Manhattan. This was due to the many epileptic seizures caused by a carefree abundance of Madras.

Pictured above on the left is Roger Smythe-Barrington III who astounded the throng that flocked to see him defend the Donald J. Trump trophy in the third annual One Meter International Fox News Pussy Grab For America. As Mr. Smythe-Barrington once again slithered away with the coveted Trump Trophy, bravos echoed across the Mansion’s vast Jeffrey Epstein Memorial Lawn (named only that morning in advance of Epstein’s “suicide,” a palpable relief to many of the men present) In securing his third straight FNPGA win Smythe-Barrington, known to his set as “Peachy,” performed his now patented “two-handed grab.” Some of the onlooking matrons were seen swooning dead away and were borne in litters to the swooning tents that lined the field where the undocumented minimum wage cabana boys – and girls – attended to their various pressing needs. 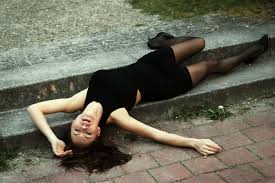 Penelope Greenwich swooned dead away for the second straight year.

As Smythe-Barrington III received a well deserved standing ovation whilst proudly holding aloft the coveted Trump Cup, a porcelain and gold work of art, more than a few of the younger women were seen going off into the bushes with some of the handsome undocumented waiters. Their older less energetic husbands encouraging them in this dalliance. 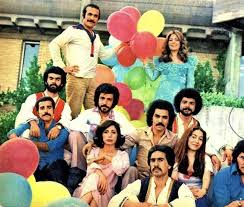 Undocumented waiters and litter bearers bused in for the affair here seen with some of the young wives of the older gentlemen.

The fundraiser charged as much as $250,000 for a private table, photo and lunch with Trump who said, in between bites of an “incredibly well-done steak,” (his exact words when he ordered it) “You know…I don’t wanna say it, but…” He mugged for the crowd…”Should I? Should I say it?” He smirked as they cheered him on. “I should? Okay, I mean, I didn’t want to say it, but, awright…I’ll say it: I could have easily beaten Smythe-Barrington, believe me. I almost said with one hand tied behind my back. But, I don’t know how that would work do you?”Although I probably, no- make that definitely – I definitely could have won with just this finger.” He laughed and the crowd laughed with him. 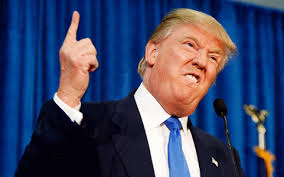 “Easily, I could have. I call him Smelly Smythey. Right? He used to be a mama’s boy, now he’s a madras boy.” The guests roared their approval. “He’s nothing. Nothing. But…But, I… I…I graciously decided at the last moment to let him have it. I let him have his little win. Trump is a big hearted guy right? My wife…where is my wife?” He looked around. “Anyone see Melani?*** Anyway, Melani tells me it’s my only fault but…Anyway, I gotta say Smelly Smythey’s not as quick as I am. And, between you and me, he’s not as rich either. Not as rich. And I don’t want to say he’s a little slow on the grab but…Let’s just say that I could teach him a few things okay? Hey, don’t get me wrong – never let it be said that Trump is anything but gracious. I am the most gracious person in the world. Believe me. The most gracious. It’s a fact. You don’t know anyone as gracious as me – and you know this is true. Right? You know it. Melani would tell you that also.” He looked around. “Where is Melani? ***Anyone see her? Anyway, let’s just say I would have won. and leave it at that. Okay? Let’s let him have it.” He then asked for a second bottle of ketchup for his steak.

“Where’s the ketchup? I asked for ketchup.” 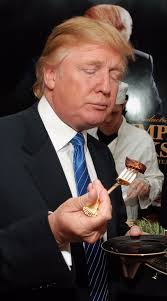 “I’m supposed to eat this without ketchup?”

When a reporter asked about the children who were left alone when their parents were rounded up in an ICE raid Wednesday, Trump got annoyed and replied in between bites; “Who cares? Huh? Who the hell cares? And can’t you see I’m eating? You are rude. You are a rude person! So rude. She’s rude. Right folks? Right?” And as the guests chanted “She’s so rude,” the reporter was hustled off into a black windowless van. And, as Trump called for another bottle of ketchup, with his mouth full he was heard to mumble: “I def’nitely woove wum.”

*** Melania Trump was in the bushes with a busboy.

Tony Powers is a writer/actor/musician. His full bio may be seen by clicking on the picture, and then clicking on either of the 2 boxes below it.
View all posts by barkinginthedark »
« I JUST RECEIVED THIS EMAIL FROM STEPHEN MILLER
NOBODY…I REPEAT, NOBODY…KNEW JEFFREY EPSTEIN! »

8 thoughts on “WEALTHY HAMPTON’S DONORS GATHER. or: DOUCHE-NOZZLES FOR TRUMP”