THE DIFFICULTY WITH REALITY OR; “WHAT THE HELL DO YOU HAVE TO LOSE?”

The Trump administration has taken 400 of the 500 ventilator s the state of Colorado had purchased privately. Rep. Diana DeGette;“His mismanagement of this crisis is costing lives and livelihoods.”“It’s a racket. This is literally racketeering,” state Sen. Jessie Danielson, D-Wheat Ridge, said. “The White House is keeping 80% of the ventilators they stole from Colorado — and bestowing 20% of what they stole as a political favor.” With credit for doing so owing to a request from CO Republican Senator (Cory) Gardner who is facing an uphill reelection campaign this year. Colorado’s Governor is a Democrat and the state voted Democratic in 2016. 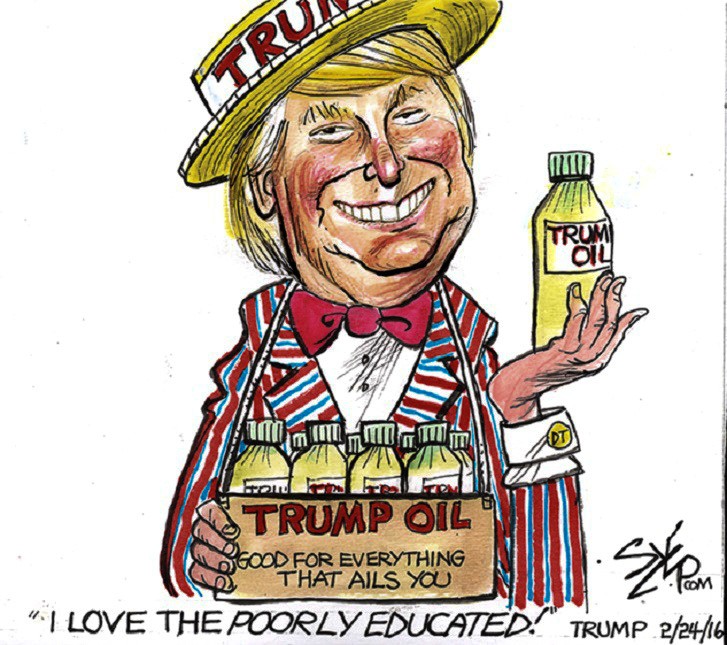 Donald Trump is a vindictive little man who is scared to death of the truth. And of smart people. And he believes, truly believes, that the people of this country are as averse to brains, and as afraid to face reality as he is. No matter how many advisors even dare to intimate to this fragile naked Emperor that the nostrums he is feeding the TV audience daily will come up and bite him he is unalterably wrapped in the role of a snake-oil salesman – a role he has inhabited his entire life. And lately, besides playing politics with people’s lives, this ignorant con-man has the gall to give us all medical advice about treating Covid-19. Try it…”What have you got to lose?” Completely avoiding the inconvenient fact that an Arizona man and his wife both died upon taking “Dr.” Trump’s advice to self-medicate with chloroquine!

No matter how much wealth, and its attendant trappings he is surrounded by, it has not brought with it the courage or the ability to face facts. The ability to “listen.” To “hear.” To act in any way without considering “what is in it for me?” “What will this get me?”Which explains why he is using life saving ventilators to try to sway an election. And why he steadfastly refuse to heed the warnings of this pandemic presented to him as early as January of this year. Moreover, despite his “who knews?” the possibilities of such a pandemic were known, and actually, widely expected in 2018! 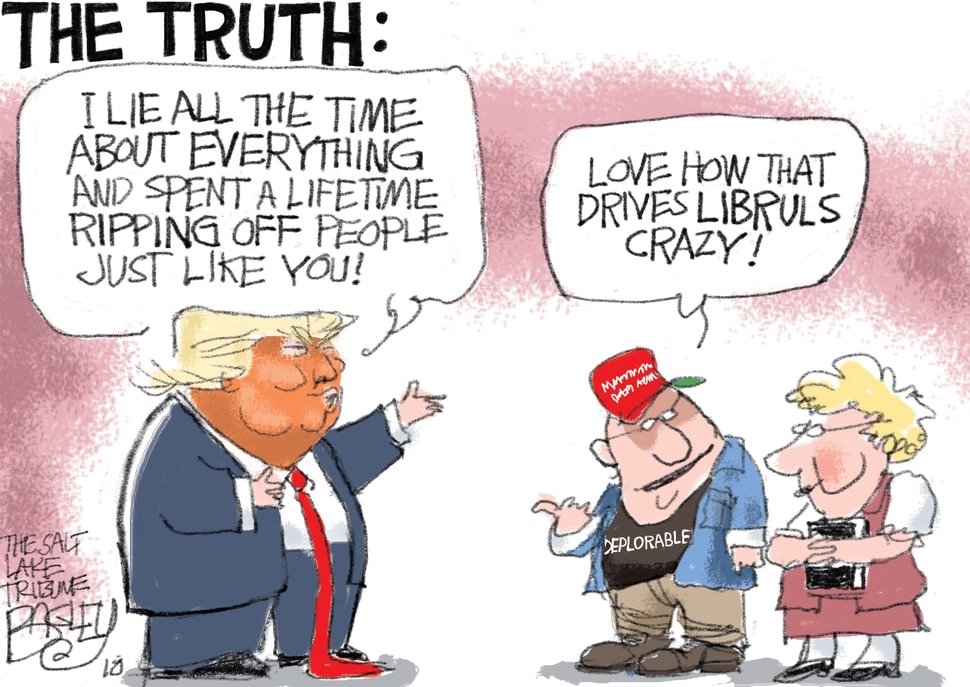 His is a complete absence of the ability to apprehend the “music” playing loudly all around him. Sadly, for us, not only is Trump completely tone-deaf, he does not care to even hear this music. He is in his own make-believe world. Has been his entire phony life. Yesterday he opened his daily “show” on the terrible pandemic that is ravaging this country, and the world, with a lengthy drone about the all-important matter of oil prices. Oil prices! Just what out-of-work John Doe, and all his friends and neighbors, and all the medical workers in all the hospitals, and all the people wondering where their rent and their food is going to come from. Something they are truly concerned with. Something truly uppermost on their minds. On all our minds. But of course they came second. We came second.

Donald Trump now shows us every day how much of a disgraceful poltroon he really is.

Tony Powers is a writer/actor/musician. His full bio may be seen by clicking on the picture, and then clicking on either of the 2 boxes below it.
View all posts by barkinginthedark »
« I’M SCREAMING AT THE TV!
MORE EMAIL FROM “THE BASE” »

13 thoughts on “THE DIFFICULTY WITH REALITY OR; “WHAT THE HELL DO YOU HAVE TO LOSE?””