IT IS NOW OR NEVER.

The Democrats and Joe Biden must now use the budget reconciliation process to get around the filibuster. If not, the Republicans will turn this country into a Fascist’s wet dream. They have already enacted laws that will prevent hundreds of thousands of people from voting. They have put an arrow into the faint but still beating heart of Roe v Wade. They have been trying to kill Obamacare (he’s gasp black!) since it was enacted. They want rule by wealthy, white people only. This is pure and simple, and obvious. And they are the fucking minority in this country. The Democrats must now understand here and now that these Fascists will not stop trampling on working people’s rights. They must be punched in the mouth. Hard.

The Republicans threaten that getting around the filibuster will rebound against the Democrats – and us – the majority of this country – down the road. Well, here’s a news flash: the road won’t be there at all if we continue to let Mitch McConnell and the Republicans get away with turning this country into an autocratic state run by the whitest and wealthiest ten per cent among us.

The Democrats must act now! This country is descending into a sinkhole of crony autocracy. Of unashamed crooks who believe they are above the laws of this country. We can no longer let the minority overrule the wishes of the vast bulk of the people of these United States.

Republicans are against almost anything that will be of benefit to the citizens of their states. Republicans do not want people to vote. They are against re-building our infrastructure, and dismiss climate change as a myth. While they pass huge tax cuts for the wealthy, they do not care to spend a cent on working class people. They have just banned abortions in Texas – even though a woman may be raped or made pregnant in an incestuous act. And, in doing this have created a vigilante state whereby citizens are encouraged to report anyone seeking an abortion. Republicans have dismantled our environmental laws. The GOP has rejected the increased unemployment benefits proposed by President Biden. They have passed laws allowing gun owners to carry their weapons without a permit. They have legislated against transgender individuals. They are against mask mandates, and passed laws barring local governments or businesses from requiring residents to show proof of a COVID-19 vaccination. – in a pandemic. 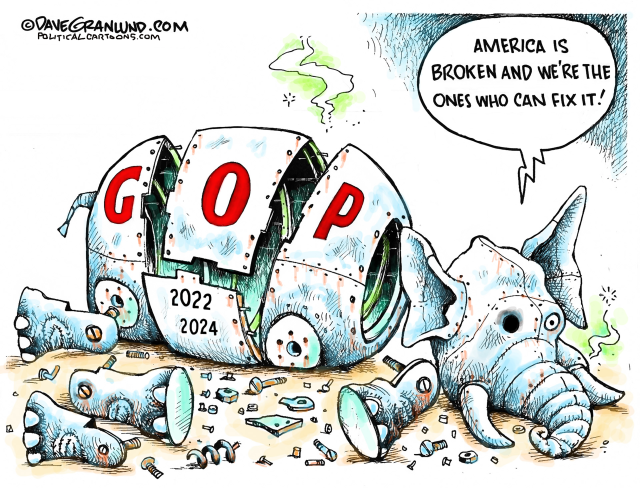 And, in seeking to block any investigations into both their own criminal actions, and the criminal acts of their base on January 6th, it is now even more painfully clear that the Republican Party – as now constituted – is a lawless, destructive unlawful bunch intent on turning America into an authoritarian state. A state in which they can get away with doing whatever they want, and the hell with what you or me think, or want, or need.

These Republicans must be stopped while we have the Presidency and both houses of Congress, however slim this margin may be. It may well be the last time we, the people, have any say in our governance. In order to return to any semblance of majority rule in this country, we must use the budget reconciliation process to get around the filibuster. Now. Before it is too late. Waiting for Republicans to act in a bi-partisan way has shown to be a futile act. There is no longer any bipartisan compromise. If anything, Republicans vote no on whatever it may be that any Democrat proposes, whether or not it is a good idea for the welfare of the populace. Even the welfare of their own constituents. The welfare of any of the public is the last thing Republicans are interested in. Furthermore, the Republican propaganda machine churns out convincing lies as to what is truly beneficial for their constituents or not. 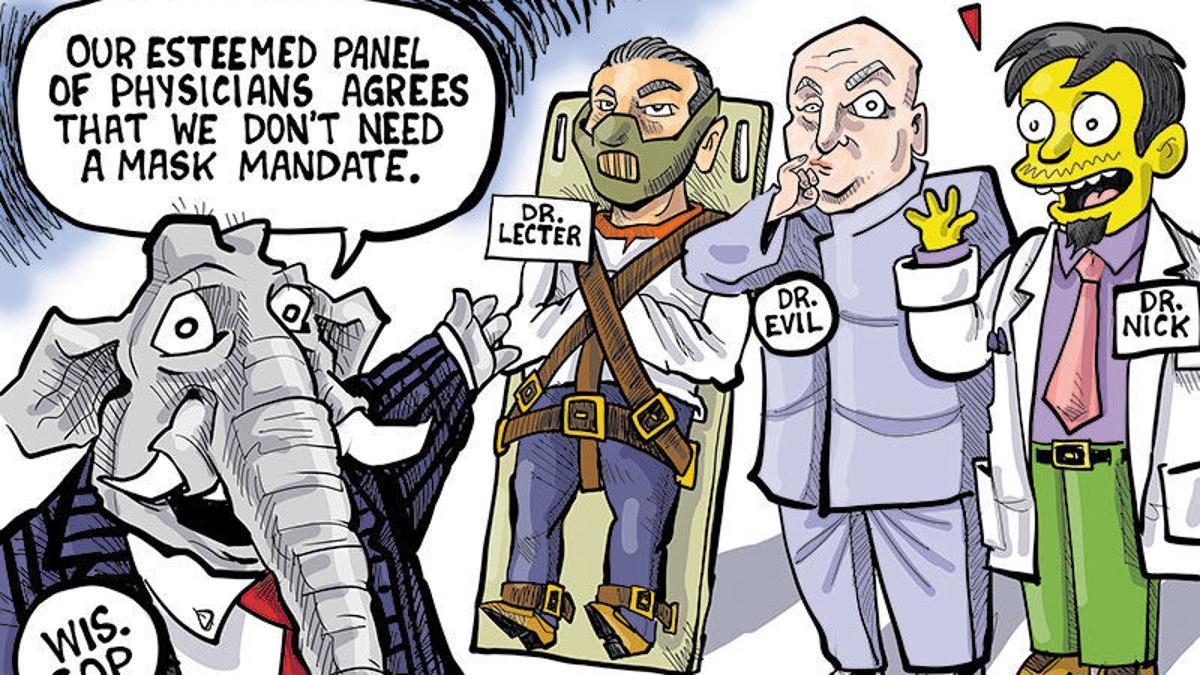 They have made governance out to be a bad thing. Masks, for example, are not to be mandated during a pandemic. And their base believes this lunacy which is, to anyone with half a mind, so totally against the interests of these very people who put these Republicans in office.

Democrats must now use the budget reconciliation process in order to push their agenda. An agenda that benefits the majority of the voters in this country. Minority rule, wielded as a cudgel by the likes of a Mitch McConnell, must be stopped. In Republican minority rule we are being ruled by the worst among us. The climate deniers, the anti-vaxxers, anti-maskers, the gun carriers, the anti-rights for women and the LGBTQ, the right-wing criminals who are dis-enfranchising a large segment of the populace. People who do not give a damn about anyone who might be less fortunate, and who are just plain not white. It is time. Democrats need to step up for us now. Once and for all Democrats must punch the Republican party in the face. They must deal the knock-out blow of budget reconciliation. There is no other way to get anything done that will be of any benefit to the great majority of this country. As we now can plainly see, if left to their devices, Republicans will destroy democracy, and this country along with it.

IT IS NOW OR NEVER!

Tony Powers is a writer/actor/musician. His full bio may be seen by clicking on the picture, and then clicking on either of the 2 boxes below it.
View all posts by barkinginthedark »
« AM I A MONSTER?
AND NOW THE DEMOCRATS MUST… »