A TASTING OF TRUMP WINES

Today, at the most prestigious wine tasting event of the year, VinItaly, the largest wine trade show in the world, which features over 150,000 annual visitors from 210 countries, 4,000 exhibitors, 2,600 journalists from 46 countries, and thousands of buyers from North America, Europe, Asia, Oceania, Africa and Latin America and featuring highly acclaimed wines from the top 100 wineries of the year and winemakers from some of the greatest vineyards in the world, Donald Trump stormed into the event and demanded his wines be tasted and judged. 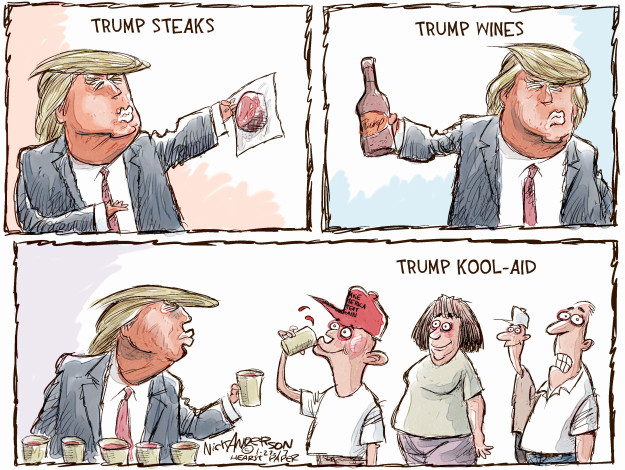 Trump, his butler and assistants carrying case after case of Trump wines into the event said to the assembled judges: “I will put my fabulous wines up against any wines in the world…in the world. And, believe me – I know wine. I have great wine taste buds. Great taste buds. The best. Everyone says that, and everyone says my wines are terrific. Terrific. Believe me. 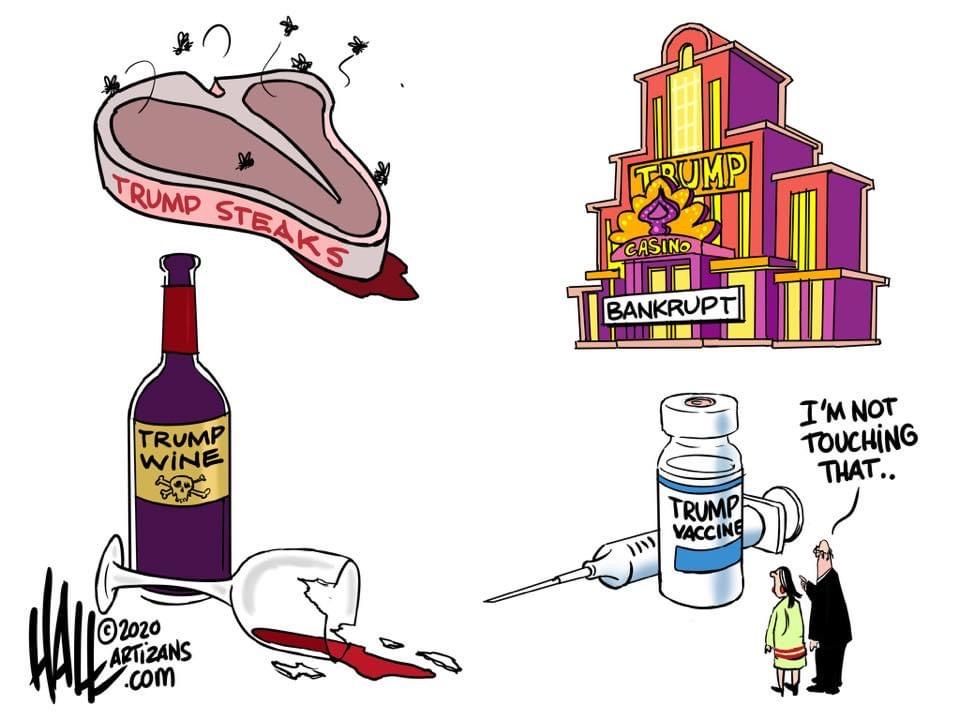 I have the most incredible world-class vintners making the greatest wines of all time anywhere in the world. My Trump vineyards are second to none. Second to none. Believe me, they are incredible. Many people have said that. Many people. Everyone who tastes my wines can’t believe them because they are amazed. They’re amazed. They tell me, and you can ask anyone, they say Donald, how do you do it? But everything I do I do great. I do it great. And believe me, I made some fabulous deals to get my vineyards. Fabulous. There are still some sore losers out there with a lotta sour grapes. That’s a Trump family joke. Hey, I’m kidding. I’m  kidding. 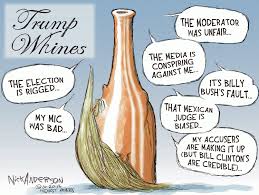 You judges, you tasters – especially you Frenchies who think you have such great wines…Lemmee tell you…You’re all in for a treat. A real treat. These are the greatest wines in the world. Believe me, the greatest! Why don’t you see what some really great wine tastes like. Go ahead, hey – whaddaya doing? Don’t spit it out! Why do all you guys take a sip and then spit it out? Frogs!

Go on, hold it up – look at the legs! You’ve never seen legs like that anywhere. And the body…that’s a full-body. Lush. It’s like I’m describing Sofia Loren, or Ivanka…Oooh…that Ivanka. If she wasn’t my daughter…Well…right? Huh? Hey, lighten up…you’re all so serious.”

One taster, a master sommelier who preferred to remain anonymous, was so moved after tasting the Trump wine, Pinot Noir Mar a Lago Estate Cuvée 2009 “Le Donald,” that he was transported back to an event in his past.

As he told it; “It was The First Indochina War, August 1954, a mighty struggle between the Viet Minh and the French for control of the country. I was behind enemy lines. J’ai eu une peur bleue. Cut off from any supplies for eight days. Huit jours. The heat was unbearable. And though I had carefully rationed what little water I had, a scant sip a day, my canteens were empty. Un réservoir vide. I was desperate – Je commençais à désespérer. 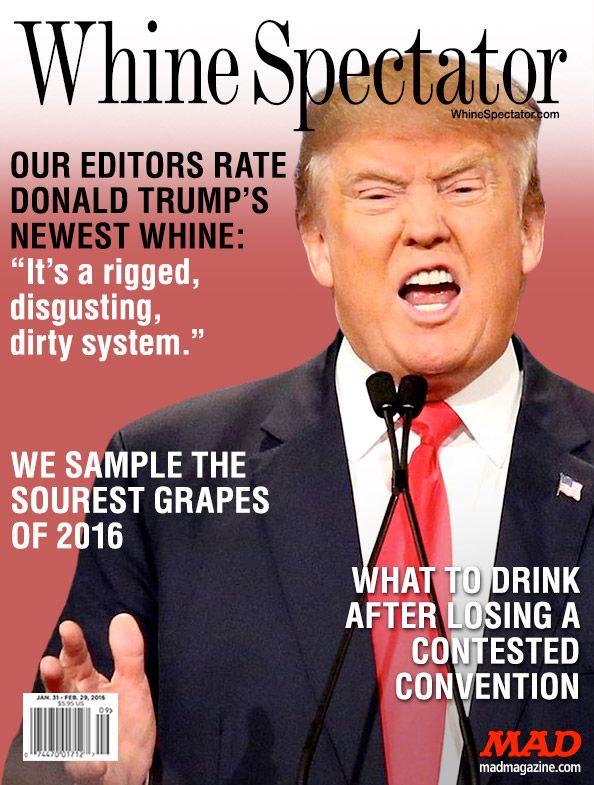 So desperate was I that in my feverish delirium, parched beyond anything I could ever have imagined, and with my ability to reason all but gone – mort et enterré – I finally resorted to something that in my mind, up to that moment, had been unthinkable. Impensable!

I pissed into my canteen – and drank it!

This Trump Le Donald “wine” has brought me right back to that jungle.”

Tony Powers is a writer/actor/musician. His full bio may be seen by clicking on the picture, and then clicking on either of the 2 boxes below it.
View all posts by barkinginthedark »
« TRUMP HAS THEM FRANTIC OR: THE CHICKEN HAS LANDED
THE “UNDECIDEDS” »

10 thoughts on “A TASTING OF TRUMP WINES”