Co-sponsored by Reps. Harley Ray Smoot of Alabama and Joanne Emmerich of Idaho, the Clutch Roots Of Mate And Go act or CRO-MAG, was passed in The House today by a vote of 247 to 188. The 247 ayes being all Republicans and the 188 nays being all Democrats and Progressives.

HR 728 – which allows a man to drag his wife around by her hair – was given this unanimous and rousing Republican aye vote on the floor of the House this afternoon after a much spirited and, at times, somewhat heated debate. 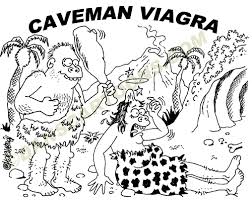 At one point in the height of the loud back and forth Rep. Joe Glock (R- Kansas) quickly left the chamber and returned twenty minutes later dragging his wife by her hair behind him. “See,” he exclaimed, “she likes it! Makes her feel like a real woman.” He went on; “It’s as scripture tells us; Adam’s role is as master over Eve: Genesis 3:16…thy desire shall be to thy master, and he shall rule over thee. I think we can all agree that this clearly proves the need for this historic resolution, and that we Republicans are in the vanguard of getting this country back to the good old days and the way things were always done.” His wife added; “It’s great. Really! I don’t have to do a thing to get wherever he wants to go. And, it keeps my hair nice and straight as well. All in all I think it’s a win-win.”

Meanwhile the interpreter, Ms. Sarah Ellen Crane, a respected long-time practitioner of the skill of interpreting in as many as seventeen languages – including Sanskrit and Swahili – was completely befuddled by Rep. Smoot’s deep Alabama accent. As she had to write; “I have been an interpreter for almost 40 years and, in my entire career, have never before in the performance of my duties been as perplexed, confounded and confused, by the bending of vowels and the dropping of consonants – not to mention the generally complete and utter tortured pronunciation of words in the beautiful English language that I know and love – as I now am. Try as I may, I cannot understand most of what this man is saying!” She had to finally leave the chamber in tears and was taken by ambulance to Mother of Mercy Hospital after suffering a sprained tongue and as she also wrote; ” a massive migraine such as I have never before experienced.”

Ms. Crane has since left interpreting and become a Carmelite nun. She has also taken a vow of silence.

Tony Powers is a writer/actor/musician. His full bio may be seen by clicking on the picture, and then clicking on either of the 2 boxes below it.
View all posts by barkinginthedark »
« THE BALLAD OF “THE DONALD” or: BYE BYE MR. AMERICAN LIE
TELL THE TRUTH AND FOOL THE WORLD »