Washington D.C. – House Republicans swarmed into their chamber in the early morning hour of 3:30 to cast a vote on new ultra-stringent gun laws after one of their members, House Republican Tea Party member Dwayne Elwood Purdy of Missouri was shot at and wounded at 2:45 AM last night outside the Vivacious Vixens Club for Gents near 4th Street and Atlantic Street SE.

The shooter, whose name has been withheld, had been spurned by one of the dancers in the club and was attempting to kill her. Reportedly he said “I thought this jerk was my sweet Brandy Raven.” One officer on the scene said “the mistake in identity is understandable since Congressman Purdy was wearing six inch stiletto heels, black tights, lipstick and a blonde wig.”

Congressman Purdy, who was superficially wounded by a single bullet which grazed his left forearm, said he was coming from “a pre-Halloween party” and, on his way home, went to the club to “offer aid and comfort to a troubled constituent.”

The vote on the bill, which was cobbled together and passed in 32 minutes, was passed unanimously by all 248 Republican members of the House and all 54 Senate Republicans. Curiously, there were no Democrats present in either chamber at this hastily called middle-of-the-night session of Congress. When reporters asked how this could have occurred Congressman Orel Smith R- Utah said “it must have been some kind of unfortunate mis-communication. It happens

The bill, which makes it impossible for anyone either on the terrorist watch list or the no-fly list to obtain a firearm of any type, was something Democrats had been trying to get passed for years – but was always blocked by Republican NRA interests. The new law does however exempt all other adults, people with hunting licenses – and minors. Democratic Congressman Jerry Johnson of Illinois wondered “why the hell doesn’t this law cover everyone and why the hell weren’t we told of this middle-of-the-damn-night secret session, and why the hell would anyone in their right mind want to allow minors to obtain weapons?”

In response Congressman Joe Remington R- MT said; “Decent law-abiding regular Americans need their assault rifles to defend themselves against home invasion – which, by the way, is why we need to ban all immigrants – and to hunt, plain and simple. And schoolchildren of all ages should be armed upon entering their schools so that, as the Congressman put it; “there won’t be another Sandy Look.”

Evangelicals for Trump of which Congressman Purdy is a member, says they are standing behind him. As one evangelical put it; “if the Congressman says he was at that club to help someone in need then, as a G-d fearing Christian man – and a leading member of our congregation at Our Blessed Lady of Perpetual Pain – we know he is telling the truth. And, the fact that he was in costume proves that he was at a pre-Halloween party.” 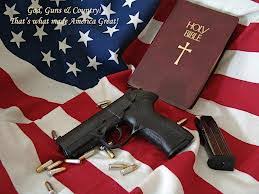 Tony Powers is a writer/actor/musician. His full bio may be seen by clicking on the picture, and then clicking on either of the 2 boxes below it.
View all posts by barkinginthedark »
« ANOTHER EMAIL FROM THE TEA PARTY – OHIO BRANCH
A CHIP OFF THE OLD PIECE OF SHIT »