A CHIP OFF THE OLD PIECE OF SHIT

So, as it turns out, Donald Trump Jr. the eldest son of “The Donald,” who is probably the world’s biggest schmuck, is as big a swindling parasitic creep as his dear old papa.

Trump Jr., who enjoys killing endangered animals such as elephants, leopards, tigers and cape buffaloes for “sport,” as it also turns out, was the Executive Director of Global Branding and Networking (love that title) of a rip-off company called Cambridge Who’s Who (another marvelous title). He joined this company in 2010 even though, and despite the fact, that by then this “company” already had over 400 complaints filed against it with The Better Business Bureau. Proving that the shit doesn’t fall far from the asshole.

Here is the complete article from the June 26 issue of The New York Times.

Cambridge Who’s Who generated hundreds of complaints that it deceptively peddled the promise of recognition in a registry, as well as branding and networking services of questionable value. Dozens of people who paid Trump-endorsed businesses such as Trump U. were also sold products by Cambridge, which benefited from its partnership with Donald Trump Jr. through “leveraging relationships built by the Trump empire,” according to Cambridge.

“Branding is the best way to gain recognition and exposure, and nobody knows this more than the Trump Organization,” the younger Mr. Trump said in a promotion for Cambridge.

Complaints to The Better Business Bureau regarding this company included misleading sales calls, worthless products and difficulties getting refunds. Many of the complaints describe a similar pattern of aggressively steering people into ever more expensive products.

The sales pitches seeking to separate Cheryl Lankford from her money began during the recession as she struggled to get back on her feet after the death of her husband, an American soldier serving in Iraq.

Two of them were from companies that have boasted the Trump name.

One was Trump University, the real estate sales seminar that Donald J. Trump promoted as a way for average people to profit from opportunities in the housing market. Ms. Lankford said she spent $35,000 from an Army insurance payment to learn Mr. Trump’s secrets.

Another was Cambridge Who’s Who, a vanity publisher promising “branding services” that seemed to complement the real estate business she hoped to create. She paid thousands of dollars to Cambridge, whose spokesman and “executive director of global branding” was Mr. Trump’s eldest son, Donald Jr.

Six years later, Ms. Lankford, who is 44 and has a son, has little to show for the money she spent, aside from a nagging sense that she was taken advantage of. Several friends in her community in San Antonio fell for similar offers, she said, but most are not eager to talk about it.

“As a widow, you find you were so dependent on your husband, and when you make a mistake because of predatory businesses, it’s embarrassing,” Ms. Lankford said. “We’re an easy target.” 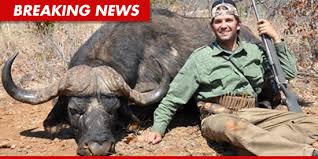 In Oregon, Phyllis Fread was in her 80s, dealing with Parkinson’s disease and had been retired from teaching for almost two decades when Cambridge started calling her at home, where she lived alone. Cambridge salespeople telephoned Ms. Fread – who did not use the internet – 42 times trying to sell her networking services, a website and other products she did not need, according to an investigation by the Oregon attorney general’s office.

Over a two-year period, Cambridge charged her $14,593 for a video biography, calendars, a plaque and other items, including a news release in June 2010 titled “Phyllis J. Fread Reveals Her Secret to a Long Career in Education.” The release included a mention of Donald Trump Jr., saying he “was eager to share his extensive experience” with Cambridge clients.

Eventually, Ms. Fread reached her credit card limit and her son disconnected her telephone to stop Cambridge from calling. In a recorded interview with an investigator from the attorney general’s office, Ms. Fread became emotional as she recalled how “there were all kinds of things they’d push and I’d say, ‘I don’t want it at all.’”

“I remember saying, ‘Wait a minute, I don’t need anything, I don’t want anything.’ And then you couldn’t get a word in edgewise. I probably should have hung up,” she said. “But I didn’t.” 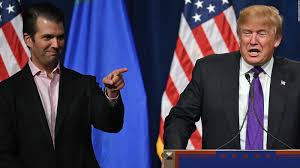 Cambridge was accused by the state of “unfair, deceptive and unconscionable practices” and settled without admitting guilt, issuing a refund to Ms. Fread in 2012. She died 18 months later.

Donald Trump Jr., who went on Fox Business and said Cambridge clients “are people that the stimulus should be benefitting.” declined to answer questions about his work for Cambridge.

Except for the last two words all of the above is from a June 26, 2016 New York Times article.

The thing is; only a scumbag of the first order – an unscrupulous con man absent a conscience, much like the selfish scumbag who sired him – would join such a dubious organization in the first place but, like his piece of shit father before him nothing was as important as money – however dirty it is and however it comes.

Tony Powers is a writer/actor/musician. His full bio may be seen by clicking on the picture, and then clicking on either of the 2 boxes below it.
View all posts by barkinginthedark »
« HOUSE REPUBLICANS PASS LAW IN MIDDLE-OF-THE-NIGHT AFTER INCIDENT
ANOTHER LETTER FROM THE RELIGIOUS RIGHT »

6 thoughts on “A CHIP OFF THE OLD PIECE OF SHIT”