THE ADORATION OF SAINT DONALD AT THE “VALUES” VOTERS SUMMIT IN D.C.

Yesterday, laundries in and around our nation’s capital – as well as those of the very finest hotels, were kept buzzing deep into the early morning hours in a feverish attempt to get all the necessary sheets laundered, starched, and ironed, in order that the many delegates to the ultra-conservative Values Voters Summit could appear presentable. The summit will run until September 11th – at which time its closing will be marked by a real-time mass water-boarding demonstration of 100 immigrants – each being paid $10 to participate.

Gushed one attendee; “One always desires to wear a freshly laundered white sheet and hood, and in that vein, I should personally like to commend Ah Fong’s over on Main Street for their excellent ironing abilities. Those chinks  can really press a sheet.”

Yesterday’s early morning seminars were well attended, especially the ones on “Should women really be allowed to vote?” “The fundamentals and mastery of the goose-step,” and, Duck Dynasty’s Al Robertson-led discussion on “The link between Terrorism, Socialism and Abortionism.” However, the morning’s most popular seminar, the Michele Bachmann moderated “How to hide a gay husband,” drew an overflow crowd of rapt Republican women.

After this seminar all the talk around the “Whites Only” bar centered on Laura Ingraham’s new tiara; said one impeccably starched Republican doyen, “she is the very epitome of conservative Republican womanhood.” Added another, “I thought my tiara was grand, but who could outshine Laura? And it isn’t easy, mind you, to fit a tiara over a somewhat pointy hood – and to carry it off in such grand style. Also, taken in tandem, the hood and the tiara do tend to flatten one’s carefully coiffed head, but in dire times like these one must be willing to make grave sacrifices.” Meanwhile, at the “Blacks Only” bar the four African-American attendees discussed who appeared whiter.

The annual “Who’s more Christ-like?” contest was won by multi-billionaire J.C. “Bud” Smeck who entered the event – to great applause – borne on a sedan chair, carried by four “gen-yoo-ahn” scantily clad Nubians. “I checked dey-er pro-ven- nahnce mahseff,” said Smeck. At the sight of the Nubians, many of the women oohed and ahhed – while fanning themselves frantically as they whispered heatedly among themselves – the words “Mandingo” “probably huge” and “well-hung” were heard – and quite a few of the women were seen to swoon dead away.

Among the many issues raised in the packed opening day afternoon agenda, the highlights were, “Why isn’t cross burning more acceptable?” “Should gays be allowed in public?” “Has slavery been given a bad rap?” “The guillotine:  pro or con?” and, the Rick Santorum-led discussion; “Why the mere thought of an erection should be considered the first sign of life.”

Then, flanked by six parapelegic veterans in wheelchairs and six Marines in full battle dress, Sarah Palin brought down the house with her impassioned speech; “The shame of using our military for political purposes.”

Rush Limbaugh was a big hit with his speech on stricter marijuana laws in conjunction with privatizing prisons. He also made an impassioned plea for the legalization of oxycontin.

Earlier, as an entertaining lead-in for Limbaugh, Steve Deace had helmed the panel discussion; “The Waffen-SS – Why were they so nice?”

Additional entertainment was provide by Ann Coulter who revealed, to great applause (and to the last seventeen people who didn’t know), that she/he was a drag queen. She/he then did his/her dead-on impersonations of Marcus Bachmann, Lindsey Graham and Mitch McConnell. 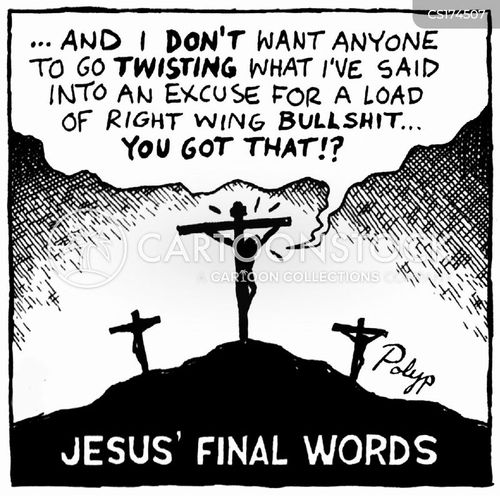 The summit’s shadow sponsors Bob Vander Plaats, President and CEO of The Family Leader and the billionaire industrialists Koch Brothers, who had to follow Coulter’s amazing tour-de-force, made a good impression anyway. Vander Plaats with his speech titled; “Slavery: When children were better off than they are today,” and the Kochs, with their sober talk on the importance of the continuing fight against environmental regulations. “This nation runs on coal and oil and anything that seeks to change that fact must be resisted,” said David Koch. Charles Koch added “And, bear in mind: we at Koch industries lead the way in pollution control and anyone who says different is a bald-faced liar.” This remark precipitated a spontaneous standing ovation and a prolonged chant of “drill baby, drill.” This prompted the excited Ms. Palin to get up and twerk.

Dr. James Dobson spoke on “Why Same-Sex Marriage was the Obama administration’s  liberal plot to destroy the family.” Later on, he was the head judge in the “Cutest Altar-boy” contest.

Texas Republican Rep. Louie Gohmert then took the podium to deliver his talk; “Obama – why isn’t he married?” which prompted many in the audience to nod their heads and turn to ask each other; “Yes, why isn’t he?”

Family Research Council leader Tony Perkins followed this up with his speech; “As Jesus would tell us: homosexuals – if they vote Republican, fine…if they don’t let’s fuck ‘em in the ass.”

Then ex-Gubernatorial candidate Ken Cuccinelli of Virginia to deliver the fiery “Our special three-way; How Christ shares our bed,” sub-titled “I Might Go Down on Jesus” – which had the entire crowd breathing hard and waving their miniature burning crosses.

After the speeches, a bejeweled platinum blonde patrician, having removed her hood in order to better sip her fourth martini, sniffed that she was a proud homemaker, devoted wife, and mother of eight, who couldn’t “understand how these socialist feminazis get away with so much backtalk and sass. Do they not know their place?” she asked, and then; “they seem to have very little respect for our Christian family values?” Turning to her husband, she waited for his almost imperceptible nod of approval – and then smiled.

A bit later, she was seen giving a double blow-job to two prominent un-named billionaire industrialists in the men’s room as the men tongue kissed each other.

Promptly at seven the huge robed, masked and hooded crowd, led by Gary Bauer, along with Ralph Reed, the first executive director of the Christian Coalition, and Tony Perkins of The Family Research Council, led the chant of; “Eeny, meeny, miney, moe, catch a nigger by the toe.” And, as a huge burning cross appeared on a screen overhead, the crowd roared and stood as one while lustily singing “Dixie” before breaking for yet more pre-dinner cocktails.

Following cocktails, everyone sat for a twenty-four course banquet, which was served by a temporary minimum-wage staff of 200 from the homeless shelter on the other side of town. As one portly wag commented between bites of foie and Ortolan, “Having this staff here to serve us proves beyond a shadow of a doubt that we values voters are charitable, we are Christians, and we are the job creators.”

Then it was left for Donald Trump, St Donald – the newly anointed Patron Saint of Bullshit in Extremis – to take the podium to close the evening’s festivities. Entering to a rousing ovation and, speaking from the heartless, St Donald delivered an impassioned speech on the pressing need for the existence of poor and uneducated people because, as he wisely noted, “Who else will vote for us, keep us in office, fight and die in our wars, as well as pick our crops for next to nothing? And, speaking as the great businessman that I am – this last item is huge.”

After holding up a Bible and swearing that “I swear on this holy book that I will destroy ISIS easily,” he then elaborated on the matter of school availability and vouchers so dear to the heart of every ultra-conservative right wing Republican saying; “We must pay attention to the research on the statewide voucher programs in Louisiana and Indiana which found that public school students that received vouchers to attend private schools subsequently scored lower on reading and math tests compared to similar students that remained in public schools. This is why we must have a voucher system. To re-dedicate ourselves to the effort to make sure that we keep replenishing the supply of uneducated voters.”

As to the bona fides of his “values,” St Donald held up the Bible again and assured the attendees of his piety and faith saying; “Again, I swear on this Holiest of Holy Bibles that I am the most religious person in the world. In the world. Believe me. In the world!” The audience then rose as one to give his speech a standing ovation accompanied by many “Praise Gods” and lusty “Hallelujahs.”

The group circle-jerk then ended day one of The “Values” Voter’s Summit.

Tony Powers is a writer/actor/musician. His full bio may be seen by clicking on the picture, and then clicking on either of the 2 boxes below it.
View all posts by barkinginthedark »
« I AM REALLY OUTRAGED! (MORE EMAIL FROM THE RELIGIOUS RIGHT)
TRUMP’S PEDIATRICIAN SPEAKS OUT »

8 thoughts on “THE ADORATION OF SAINT DONALD AT THE “VALUES” VOTERS SUMMIT IN D.C.”