It is a given that all con men think of their marks as suckers…dupes…gullible…dumb. Donald J. Trump has been a con man all his adult life. The people who voted for him are his marks and it’s a sure thing that in his mind he thinks he’s pulled a fast one on them. These people, his base, need to have this pointed out to them every single day until they realize that it is the painful ugly truth. Many of them are from the south. Making them realize that he has played them for suckers is the one certain way to sink Donald J. Trump.

Trump has often espoused his deeply held notion that southerners are dumb. I will not place the last three words of the previous sentence in quotes. However, the new Bob Woodward book “Fear” contains this Trump quote about Jeff Sessions; “He’s this dumb Southerner.” To be fair (while we face an increasingly and obviously unfair Republican administration in Washington D.C.) Trump himself denies he ever said that. However, there is a body of evidence attesting to his harboring this belief.

Bob Woodward , a Pulitzer prize winning journalist, who has been called “truth’s gold standard” and a reporter’s reporter, has been a scrupulous chronicler of our time for almost five decades. In 1971 he was one of the people who played a critical part in taking down Richard Nixon by bringing Watergate to the public consciousness. Donald J. Trump, on the other hand, is someone who has lied over 4,200 times while in office, has posed as his own PR person on the phone, and gone so far as to lie about the height of his buildings!  Besides Woodward’s revelations about Trump’s low regard for Southerners, Jeane MacIntosh, a former deputy editor at Page Six, the New York Post gossip column that Mr. Trump for decades gave stories to, recalled him using the phrase “dumb Southerner.” Ms. MacIntosh has said – referring to second wife’s Marla Maples’s Georgia-based relatives – Trump said she was constantly surrounded ‘by an entourage of dumb Southerners.’” He even adopted a fake southern accent to mimic Ms. Maples’s mother. 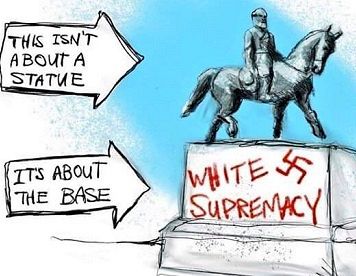 Relative to Trump’s insults directed at his Attorney General Jeff Sessions, Trump reportedly also has a contempt for “Southern” lawyers. Woodward reports Trump as having asked Rob Porter, his staff secretary at the time: “How in the world was I ever persuaded to pick him for my attorney general? He couldn’t even be a one-person country lawyer down in Alabama. What business does he have being attorney general?” And Politico reports that President Trump said he wishes that Mr. Sessions had gone to a law school like Harvard or Yale, rather than Alabama. Alabama…get it? The point is, whether we believe Trump, a serial liar, or not, when he claims he does not harbor these feelings towards Southerners in general, or we believe Woodward and MacIntosh, we must get this notion of Trump’s disdain for southerners into his base’s bloodstream. Far too many instances exist to back up the idea that Trump does, in fact, feel this way. A fact that is confirmed by Woodward and MacIntosh; two people who have a far closer acquaintance with integrity, morality and honesty than Trump does.

Destroying Trump’s credibility – and sincerity – with his base can destroy Trump!

The idea, the generalization, that “Southerners are dumb” is one which all Southerners have been battling against forever. This includes the persistent idea that a “southern accent” equals a lack of brain-power, an idea which southerners have rightly been insulted by for generations. And to even hint that Donald J. Trump holds to that idea in his psyche – whether it is true or not – and this point bears repeating; whether it is true or not…is the thought that we, the resistance, must constantly inject into the bloodstream of Trump’s base. A large, vocal and active portion of Trump’s base being from the southern part of our country. 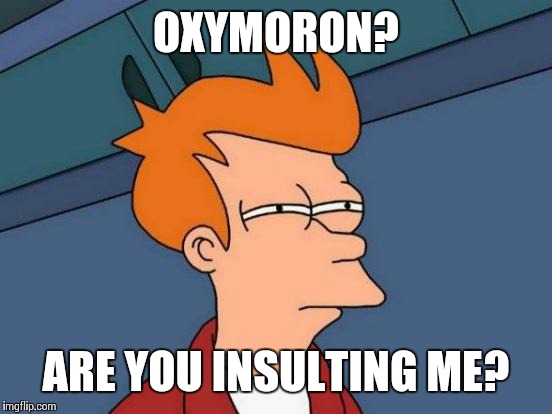 And while the idea that Trump holds this insulting belief about his own base has been aired on media such as MSNBC, The New York Times, The New Yorker, The Washington Post et al. in the main the Trump base watches FOX and listens to Limbaugh and Hannity. So there is good reason to believe that many of them are not familiar with the idea that Trump thinks they are dumb. Opposition politicians must hammer this fact home in every public appearance from now until November and on. And we must all do our part. On our part the most effective way to keep injecting this idea into Trump’s base is by using social media. Facebook, blogs… anywhere and everywhere on the internet. Opposition politicians and we, the people, hammering this message home is how this Trump demeaning insult to their intelligence will circulate within Trump’s base. They must be told over and over that the person they believe in thinks they are stupid. This is the best way to eventually turn Trump’s base against him. It is this, Trump’s own belief system, that will help to bring him down.

Let me reiterate; this is not the time to play fair. This is a time to take off the gloves. To fight fire with fire. We are in grave danger of losing what is left of our democracy this November. So, whether it is true or not – and it most likely is – the idea that Trump regards his base as dumb must be hammered home to them.

Mussolini was hung upside down, Trump can be hoisted on his own petard.

To this end if you have family or friends living in the south please send them the  links re Trump’s demeaning southerners contained in this piece. Thank you. They have to be made aware of Ttump’s true feelings towards them.

Tony Powers is a writer/actor/musician. His full bio may be seen by clicking on the picture, and then clicking on either of the 2 boxes below it.
View all posts by barkinginthedark »
« ALL HANDS ON DECK
BEER, BOOF, GOOD TIMES »