DO NOT SEND THE ARTICLES OF IMPEACHMENT TO THE SENATE! 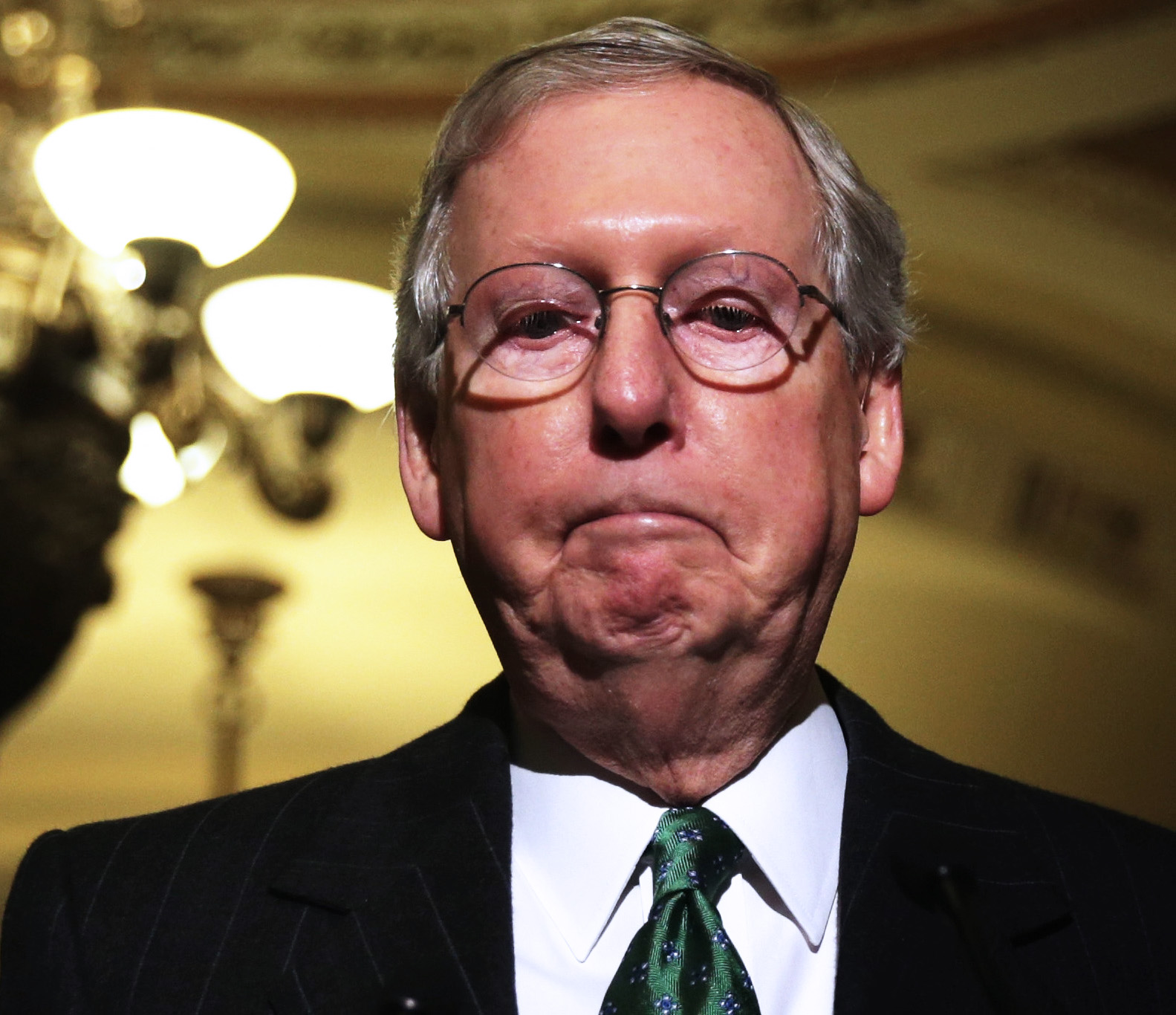 LET HIM HOLD HIS BREATH!

To hell with Mitch McConnell who, in 2016, single-handedly blocked President Barack Obama’s nomination of Merrick Garland to the supreme court, declaring any appointment by the sitting president to be “null and void.” Now both McConnell and Lindsey Graham have already arrogantly admitted that none of the incriminating facts about this criminal in the White House matter to them. McConnell has publicly stated it was not his role to act as an “impartial juror.” And to hell with all the other traitorous Republican lackeys in The Senate.

PORTRAIT OF A FAWNING HYPOCRITE

The house Democrats must hold off sending the House Articles of Impeachment to The Senate until the people who have refused to answer the House issued subpoenas to testify are forced by the courts to come before The House and testify under oath. People such as John Bolton, Mick Mulvaney, and Robert Blair – who actually listened to Trump’s call with the President of the Ukraine. They must hold off sending the articles up to The Senate until the country has heard the testimony of these people regarding the actions of Donald J. Trump. 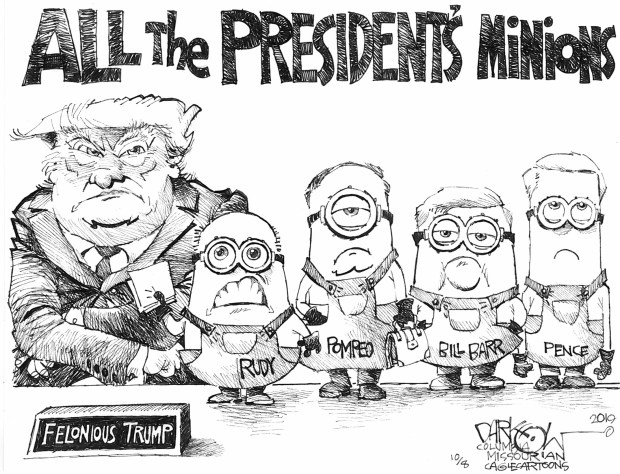 THE MT. RUSMORE OF TRAITORS!

At the very least Nancy Pelosi and The House Democrats should keep the articles as leverage for negotiations on the rules for a trial. They should extract public promises from McConnell that all the witnesses that the Democrats wish to call will be allowed to testify under oath before The Senate before they will send the articles of impeachment up to McConnell and The Senate. Absent that agreement The House should not send the Trump impeachment to The Senate and should just wait while courts decide on whether witnesses who are ignoring lawful subpoenas may continue to do so. WHY ARE THEY ALL BEING SO MEAN TO ME?

Rep. Earl Blumenauer (D-Ore.) said that “the House could use the delay to continue to build on its evidence for impeachment, and possibly to score additional legal victories that could unlock troves of new evidence and witness testimony that the Trump administration has withheld from Congress. Some of those court cases could be decided within weeks. He continued; “You can continue to build the record, you can get information and you argue for fairness and don’t surrender until it’s clear that that is in the best interest of the process.” 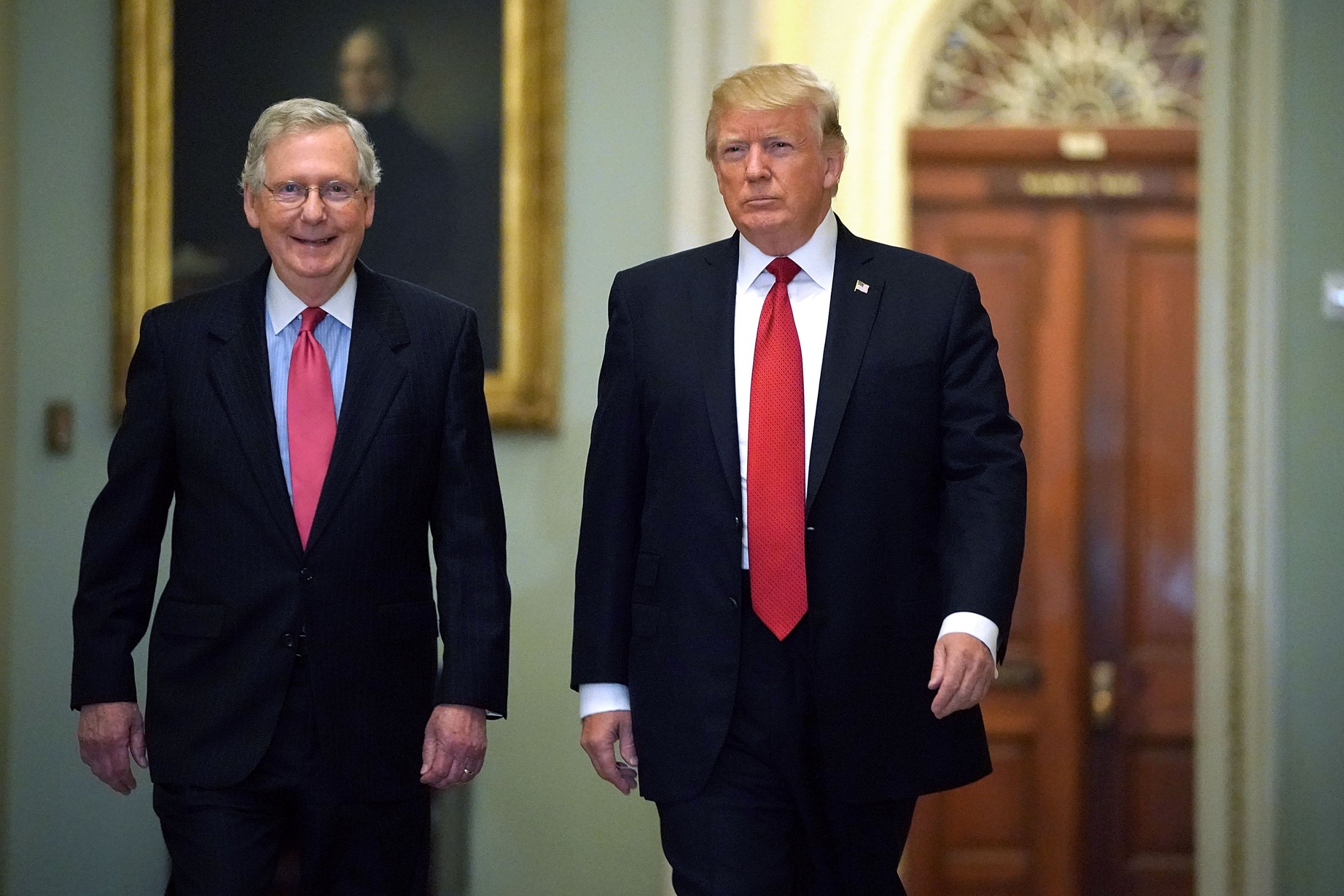 Until such time as Pelosi and Chuck Schumer can extract a guarantee of their sworn witnesses appearing in Trump’s Senate impeachment trial they should let McConnell twist in the wind while holding continued House hearings of these witnesses. This is what Mitch McConnell deserves for his unprecedented and hateful action against both Obama and Garland crowing; “One of my proudest moments was when I looked Barack Obama in the eye and I said, ‘Mr. President, you will not fill the Supreme Court vacancy.”

Now, let him twist along with his pal Trump.

© tony powers and Barking in the Dark, 2019. Unauthorized use and/or duplication of this material without express and written permission from this site’s author and/or owner is strictly prohibited. Excerpts and links may be used, provided that full and clear credit is given to tony powers and Barking in the Darkwith appropriate and specific direction to the original content.

Tony Powers is a writer/actor/musician. His full bio may be seen by clicking on the picture, and then clicking on either of the 2 boxes below it.
View all posts by barkinginthedark »
« WE CAN REMOVE THIS PRESIDENT
AN ODE TO THE ODIOUS »

6 thoughts on “DO NOT SEND THE ARTICLES OF IMPEACHMENT TO THE SENATE!”