WHAT A SURPRISE! (If You’re One of the Brain-Dead)

Here’s another citation about this from The Boston Globe.

kept on his nightstand was a book of Hitler’s speeches! 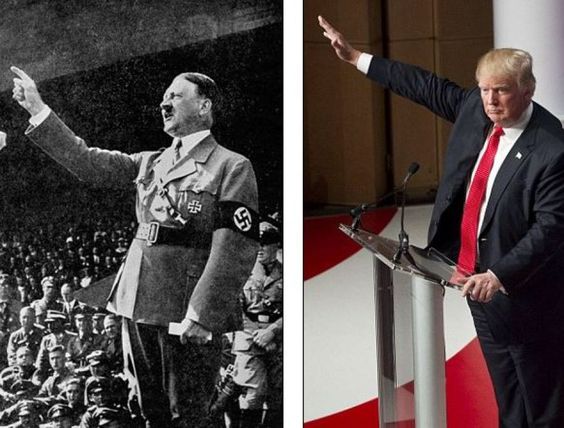 Do not dismiss this as merely another “urban myth” kind of thing…or hyperbole. This is real. This is “real” news. Facts that are corroborated by historical records, his ex-wife, and the man, Marty Davis from Paramount Pictures who gave him the book of Hitler’s speeches called “My New Order.” Trump, a sociopath , much like the one in Nazi Germany in the 1930’s, believes he is above all law and entitled to do whatever the hell creeps into his pathetically small, mean, insecure mind.

Just yesterday Trump revoked the security clearance of former CIA Director John Brennan, who has become one of his harshest critics. And he has “told advisers that he wants Attorney General Jeff Sessions to have “Omarosa Manigault Newman arrested.” Newman, a Trump clone, who is as self-serving and attention hungry as Trump, is making public the tapes she recorded while in the White House.

Below is the  English translation of a speech Hitler delivered in February 1940…see the paragraph outlined in red:

Barking in the Dark realizes that this comparison of Trump to Hitler could be construed as a cheap…You decide. We say Herr Drumpf, the grotesque embodiment of an empty, willful, ignoramus willing to destroy all he touches in his feverish madness to achieve this illusion of “greatness” deserves this comparison. He is a dangerously unbalanced sociopath and a would-be dictator. His actions reveal his sick belief that he is our king; above our laws, above our Constitution. To ignore the seriousness of our current political situation vis-a-vis Donald J. Trump is to ignore history’s lessons.

THIS NOVEMBER  ELECTION IS NOW THE MOST IMPORTANT ELECTION IN OUR LIFETIME! IF YOU, YOUR FAMILY, OR EXTENDED FAMILY, OR ANYONE YOU KNOW IS NOT YET REGISTERED, OR DOES NOT KNOW HOW TO REGISTER PLEASE SEND THEM TO THIS WEBSITE:  VOTE SAVE AMERICA

AND PLEASE POST THE WEBSITE (VOTE SAVE AMERICA) TO ALL YOUR FACEBOOK FRIENDS. BESIDES VOTING, IT WILL BE THE MOST PATRIOTIC ACTION YOU CAN TAKE TO SAVE THIS COUNTRY.     THANK YOU. 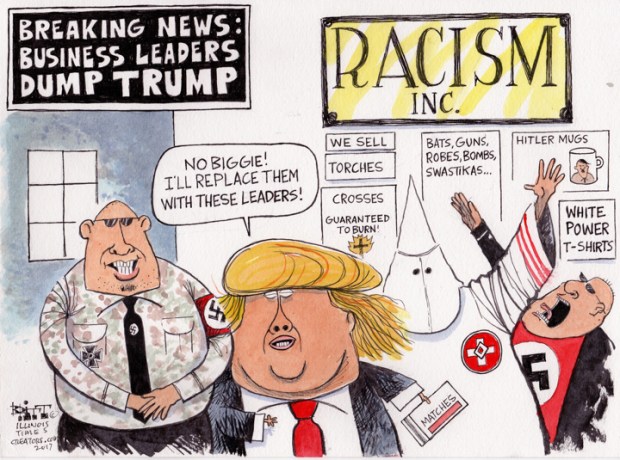 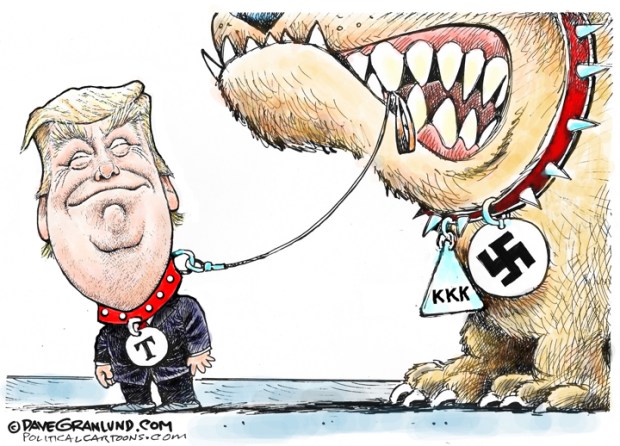 Tony Powers is a writer/actor/musician. His full bio may be seen by clicking on the picture, and then clicking on either of the 2 boxes below it.
View all posts by barkinginthedark »
« FOR BIG BROTHER – AND ITS “STARS”. . .
BEFORE I POST MY NEXT PIECE OF OUTRAGED VITRIOL… »

20 thoughts on “WHAT A SURPRISE! (If You’re One of the Brain-Dead)”